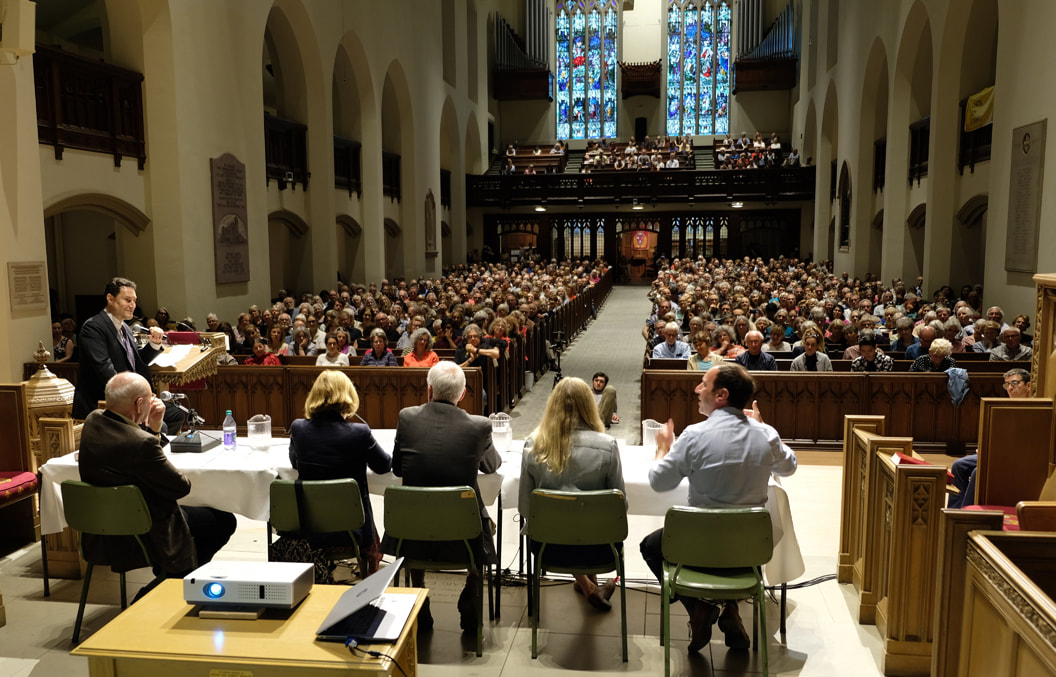 A panel on Charter Cities, hosted by Steve Paikin of TVO's The Agenda, debates in front of a capacity crowd at Timothy Eaton church on Tuesday June 18.
Josh Matlow's "Empower Toronto" panel discussion on Charter Cities (June 18) had to upsize venues twice to accommodate the crowd of 1,400 people interested in hearing about greater autonomy, sensible funding models and constitutional protection for Toronto and other Ontario cities.

Hosted by Steve Paikin of TVO's The Agenda, the meeting was the biggest in the short history of the nascent Charter City movement in Toronto, which has picked up steam over the Doug Ford Conservative government's first year in power.
​City Councillor Josh Matlow, who set up the meeting, told the crowd that Toronto should use its "frustration and anger" to move the city forward--from a "creature of the province...to a more autonomous, empowered city".

A Charter City is defined by special, constitutionally-protected, provincial legislation that gives the city greater autonomy and more jurisdiction over more civic affairs, including city revenue.
The panel answered questions from Paikin and questions submitted by people at the meeting, ranging from "Why doesn't Toronto become the 11th province?" to "what happens if a future Rob Ford gets his hands on a more powerful Charter City?"

(Answers:  Provincehood for Toronto would require the approval of 7 provinces and the federal government, almost impossible to achieve and there is little public support.  As for a future Rob Ford, hopefully, an empowered city that can get things done will attract a higher caliber of politician and bureaucrat alike.)
chartercitytoronto@gmail.com